Online forum | Latest topic on forum: How to get dad out of care home | News

"Permission to bring this appeal was granted by the First-tier Tribunal (the FTT) because in the view of the judge it raises points upon which guidance is needed. Those points concern the relationship between the functions and powers of the FTT under the Mental Health Act 1983 (the MHA) and those of the Court of Protection, managing authorities and supervisory bodies under the Mental Capacity Act 2005 (the MCA) and its Deprivation of Liberty Safeguards (DOLS). The most relevant provisions of the MHA in this case are those relating to guardianship." This judgment includes guidance under the headings "The approach to be taken by the parties and the FTT on an application to discharge a guardianship under s. 72 of the MHA on the basis that an alternative has the consequence that the guardianship is no longer necessary as it is not the least restrictive way of achieving what is in the patient’s best interests" and "A check list for FTT’s when an issue involving an argument that an alternative involving the application of the MCA is said to be the basis for a discharge of guardianship".

KD had Korsakov’s Syndrome and, following his detention under the Mental Health Act 1983, had been subject to guardianship since 2012. He was required to reside in a care home with 24 hour supervision and support where he was not free to leave and not permitted to go out unless accompanied by a member of the care staff, with access to the community is limited by their non-availability. He sought to be discharged from the guardianship order on the basis that it was not necessary because DoLS was less restrictive and guardianship could not authorise his deprivation of liberty.

This is a significant decision for those involved in guardianships cases that this mere summary cannot do justice to. But some of the passages apply to DoLS cases, irrespective of whether the person is under guardianship. The following points are particularly noteworthy:

1. The concept of “deprivation of liberty” in breach of Article 5 is wider or arguably wider that that of “detention” under the MHA (para 29).

2. The guardian’s power to return the person to his place of residence has the effect of a requirement or an injunction preventing him from leaving (para 30). And such a power is a more readily available, effective and sensible means of enforcing the result that the person lives there than an injunction against that person from the Court of Protection (para 31).

3. A deprivation of liberty during guardianship should be authorised under the MCA (where applicable).

4. A standard authorisation under DoLS can provide for it to come into force at a time after the time at which it is given. And the Court of Protection can authorise any deprivation from a date in the future (para 43).

5. The reasoning in C v Blackburn and Darwen Borough Council [2011] EWHC 3321 (COP)M was developed in terms of what should happen where there is a dispute over residence with a guardian (paras 45-54).

This decision illustrates how investigatory the role of the First-Tier Tribunal (Mental Health) can be with regards to the interface with the 2005 Act. The inference that the effect of guardianship powers is to prevent the person from leaving their place of residence is of particular interest as the issue has been the subject of much debate over recent years.

The following is the summary from [2015] AACR 41Not on Bailii!, available from the OSSCSC link below.

The appellant’s short-term memory loss left him unable to manage his daily life. He was detained in hospital under the Mental Health Act 1983 before being made the subject of guardianship and transferred to a residential care home. The appellant applied for discharge of the guardianship arguing that it was unnecessary, less restrictive arrangements being available under the Mental Capacity Act 2005, and too restrictive as he was subject to 24-hour supervision and support. The First-tier Tribunal (F-tT) rejected the application, deciding that guardianship was necessary and represented the least restrictive option consistent with safeguarding the appellant’s welfare. The appellant appealed against that decision. Among the issues before the Upper Tribunal (UT) was whether the appellant was subject to a deprivation of his liberty which, as part of the least restrictive available option, could and should be authorised under the Mental Capacity Act 2005 and its Deprivation of Liberty Safeguards (DOLS) standard authorisation following a discharge of the guardianship.

Held, ruling that the tribunal had erred in law, but not setting aside its decision, that:

1. the 2005 Act did not confer on a Guardian an express power equivalent to an injunction to prevent a patient leaving his place of residence or to dictate the terms of a care plan. However, the combination of the express powers conferred on the Guardian and section 18(3) of the 1983 Act had the following practical effects: (a) in choosing where the patient was to live, the Guardian would have regard to, and might require a commitment from the provider of the placement in respect of, the terms of the care plan and its restrictions; (b) if the care plan were changed, the Guardian could require the patient to live elsewhere; (c) the patient was required to live at a certain place under a care regime; (d) by requiring the patient to live at a given place a Guardian was at least indirectly requiring him to live there under those conditions and restrictions, albeit that he could not impose them on the provider of the care or treatment; it was the care plan not the guardianship that was the basis of a deprivation of liberty: NL v Hampshire County Council [2014] UKUT 475 (AAC)M; (e) the power to return the patient to his place of residence had the effect of a requirement or an injunction preventing him from leaving. That power was a more readily available, effective and sensible means of enforcing the result that the patient lived at a certain place than an injunction, the enforcement of which was problematic (paragraphs 30 to 31);

2. engaging the jurisdiction of the F-tT to discharge a guardianship under section 72 of the 1983 Act did not require a move from a deprivation of liberty to a restriction of liberty or less. The Guardian’s powers were to the exclusion of any other person; that meant that the Court of Protection could not override those powers: C v Blackburn with Darwen Borough Council [2011] EWHC 3321 (COP)M. Therefore the Court of Protection could only consider a care plan at a placement where the Guardian required the person to live and so any authorisation of a deprivation of liberty given by the court could only relate to that placement (paragraphs 44 to 47);

3. the F-tT had no jurisdiction to authorise or otherwise render lawful a deprivation of a person’s liberty during and after discharge of his guardianship. In exercising its statutory discretion it had to take account of practically available, and hence lawful, options. It should not discharge a guardianship if the consequence of doing so would be to bring about an unlawful deprivation of liberty. The UT considered the appropriate approach to applications such as the appellant’s and provided detailed guidance for F-tTs (paragraphs 55 to 73);

4. it was not clear what lawful alternative arrangements had been available for the appellant and therefore an adjournment of the F-tT would have been the best outcome. However, on the basis of the available evidence, the F tT had been entitled to conclude that the continuation of the guardianship was the least restrictive available option. It erred only in discussing whether the guardianship should be discharged if a lawful alternative might have been or become available but that was not sufficient to found a discharge (paragraphs 74 to 90);

5. the appropriate course was for the appellant’s discharge from guardianship to be dealt with on a new application to the F-tT, supported by appropriate evidence and arguments (paragraphs 91 to 94). 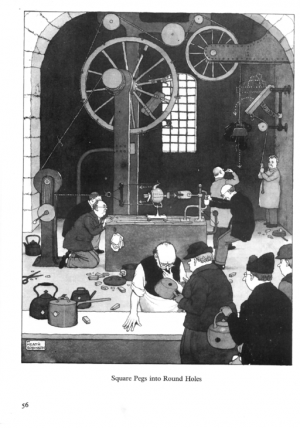 Retrieved from "https://www.mentalhealthlaw.co.uk/index.php?title=KD_v_A_Borough_Council_(2015)_UKUT_251_(AAC),_(2015)_MHLO_42&oldid=49928"
The following categories (in blue boxes) can be clicked to view a list of other pages in the same category:
Hidden categories: